Delivering the benefits of agricultural biotechnology to smallholder farmers requires that resources be directed toward staple food crops. To achieve effect at scale, beneficial traits must be integrated into multiple, elite farmer-preferred varieties with relevance across geographical regions.

For the first time, an international team of scientists, led by Narayanan Narayanan, Ph.D., senior research scientist, and Nigel Taylor, Ph.D., associate member and Dorothy J. King Distinguished Investigator at the Donald Danforth Plant Science Center, and their collaborators in Nigeria, led by Ihuoma Okwuonu, Ph.D., of the National Root Crops Research Institute, in Umudike, Nigeria and the United States Department of Agriculture, have developed cassava displaying high-level resistance to cassava mosaic disease (CMD), cassava brown streak disease (CBSD) as well as higher levels of iron and zinc. This is the first time that disease resistance and multiple biofortification traits have been stacked in this manner in a non-cereal crop.

The results of their research, ‘Stacking disease resistance and mineral biofortification in cassava varieties to enhance yields and consumer health’, were recently published in Plant Biotechnology Journal. Co-authors include Getu Beyene, Ph.D., Raj Deepika Chauhan, of the Danforth Center and Michael A. Grusak, Ph.D., of the USDA-ARS Red River Valley Agricultural Research Center in Fargo, North Dakota, US.

The research builds on a 2019 paper, Biofortification of field-grown cassava by engineering expression of an iron transporter and ferritin, published in Nature Biotechnology, demonstrating that increasing the mineral content of cassava storage roots was possible. RNAi-mediated technology was used to achieve resistance to CBSD in two East African and two Nigerian farmer-preferred cultivars along with AtIRT1 (major iron transporter) and AtFER1 (ferritin) transgenes to achieve nutritionally significant levels of iron and zinc in cassava storage roots (145 and 40 μg/g dry weight, respectively). The inherent resistance to CMD was maintained in all four disease resistant and mineral enhanced cassava cultivars, demonstrating that this technique could be deployed across multiple farmer-preferred varieties to benefit the food and nutritional security of consumers in Africa.

Combining technologies was not easy. “Production of plants with disease and elevated mineral nutrition concentration was technically more challenging to produce than for disease alone,” said Narayanan, who has been working on improving cassava for 15 years. “We had to make sure the minerals were accumulated in the storage root, not the stem or leaves, and at the right level for consumers. Too much accumulation is also a problem as this will kill the plant.”

To see these results of using cutting-edge technology to improve an orphan crop was a big day for me. Farmers that have cassava plants that are resistant to two incredibly destructive diseases with more minerals in every bite has the potential to improve the nutrition and health of millions of people in West Africa.

It is important to confirm that the higher mineral levels are retained during food processing and cooking so that better nutrition can actually reach the dinner plate and the digestive tract. The research team under the direction of Okwuonu, prepared gari and fufu. These two common West African foods required a four-day process involving chopping, soaking, fermenting, pressing and roasting of the cassava root. They found that high levels of iron and zinc were retained through cooking and remained available for absorption in the gut following digestion. Ultimately, the biofortified cassava could benefit health in cassava consuming populations by providing 40-50 percent of Estimated Average Requirements (EAR) for iron and 60-70 percent of EAR for zinc for children and women in West Africa.

“To see these results of using cutting-edge technology to improve an orphan crop was a big day for me,” said Taylor. “Farmers that have cassava plants that are resistant to two incredibly destructive diseases with more minerals in every bite has the potential to improve the nutrition and health of millions of people in West Africa.”

In an accompanying paper recently published in Global Food Security, Okwuonu and her coauthors present, Opportunities and challenges for biofortification of cassava to address iron and zinc deficiency in Nigeria. The country is the world’s largest producer of cassava and it is critically important to the economy. Cassava’s edible storage roots act as a critical staple food for more than 180 million Nigerians. Though high in caloric value, cassava roots are deficient in minerals, placing populations that rely on this crop at risk of “hidden hunger”. Micronutrient deficiency presents a major public health issue and correlates with cassava consumption level across six-agro-ecological zones within Nigeria. Micronutrient deficiencies, especially iron and zinc, affect an estimated six million children under five years of age. Iron deficiency anaemia affects their immune system, stunts growth and impairs cognitive development, while deficiency in zinc causes increased risk of death from diarrhoea, stunting and reduced cognitive development.

“Developing a cassava variety with elevated levels of iron and zinc for consumption in Nigeria has the potential to ensure that the wider population of Nigerians dependent on cassava are indeed getting greater nutritional value in their diets,” said Okwuonu.

Researchers in the VIRCA Plus project are conducting more field evaluations and assessments. Regulatory review will be needed before the improved cassava can be made available to farmers and consumers in the coming years. Founded in 1998, the St Louis, US-based Donald Danforth Plant Science Center is a not-for-profit research institute with a mission to improve the human condition through plant science. Research, education and outreach aim to have impact at the nexus of food security and the environment. 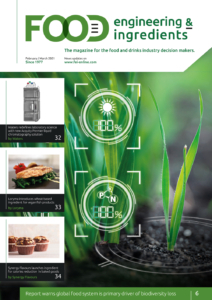