Researchers supported by the EU-funded GRACED project are developing a novel sensor that could significantly improve food safety monitoring in Europe. The ultrasensitive photonics sensor will be able to reliably detect microscopic traces of harmful chemicals and bacteria on fruit and vegetables within minutes. Monitoring these foods is usually costly and time-consuming. When random batches are tested and the samples sent to laboratories for analysis, it can take 2 to 3 days to get a result.

Given that fruit and vegetables can degrade quickly and inspections are costly, producers often resort to fewer safety checks. These time constraints and costs also rule out testing in supermarkets and restaurants, where food inspections could play a pivotal role in protecting consumer health.

The importance of better food safety monitoring is highlighted by the estimated 385 million people around the world who are unintentionally poisoned each year, 11 000 of whom die. Pesticide residues ingested through food or water are known to affect the body’s immune, endocrine and nervous systems, and they’re implicated in a wide range of medical conditions such as birth defects and cancer.

“With thousands of deaths worldwide, we are in urgent need of a rapid new monitoring device that is accurate, highly sensitive, and cheap to produce,” says Alessandro Giusti, R&D Director of GRACED project coordinator Cyprus Research and Innovation Center (CyRIC).

Spotting contaminants up to 100 times faster

The highly sensitive monitoring device being developed uses laser light to spot pesticides and bacteria without needing chemicals or dyes as markers. Called a plasmo-photonic bimodal multiplexing sensor, the device can detect the faintest traces of pesticide or bacteria 50 to 100 times faster than current technologies. Additionally, the receptors on the sensor surface are adjusted to a specific bacterium or chemical, so the sensor only captures the analytes of interest, producing a unique signal when a harmful substance is present. But how exactly does this work? Light travelling in the sensor creates a fully exposed evanescent field over the sensor surface. When a sample passes through the sensor, there are changes in the laser light’s speed, which alters the interference pattern at the output. This makes it possible for the receptors on the sensor surface to identify the harmful chemical or bacteria, providing an instant diagnosis.

“Everything is done on a single chip – we are working to detect seven different analytes simultaneously in less than 30 minutes (including sample preparation time),” says Giusti.

According to the CyRIC Director, the technology can be used to determine contamination in anything, from water used on the plants to the fruits and vegetables themselves.

“Vertical or urban farms are … a bit like a laboratory where everything is conducted in controlled rooms. Controlling the water quality is very important to the success of these types of farms, and if this process is automated, it is even better.

“Some urban farms are using ‘grey water’ – sink water used for irri-
gation – where the risk of contamination is possible. So, a solution like ours will be highly complementary to futuristic food production.”

To produce an unequivocal bacteria or pesticide detection,
the system works by looking at the ‘binding’ of the contaminant
to the sensor surface – producing a new unique signal when
a harmful constituent is present.

With their plasmo-photonic bimodal multiplexing sensor, the GRACED team uses one of the most sensitive detection technologies available to identify at the molecular level.

Since the receptors on the sensor surface are specifically ‘tuned’ to a particular bacteria or chemical, only the analytes of interest are captured along the sensor.

Light travelling in the sensor generates a fully exposed evanescent field over the sensor surface. Here, receptors can recognise the contaminants when a sample passes through.

This recognition event changes the speed of the laser light and therefore the interference pattern at the output.

This change can be measured and determined precisely against a set of existing values – and could give an instant diagnosis for a contaminant expected at the picomolar to attomolar (pM–aM) range without any need for amplification.

The sensor is part of a holistic, modular solution that exploits unique engineering designs, IoT concepts, and advanced data analytics to detect contaminations in fruit and vegetable value chains.

and-a-half-year project received a grant of €4,989,480 from Horizon 2020 under the Research and Innovation action funding scheme. 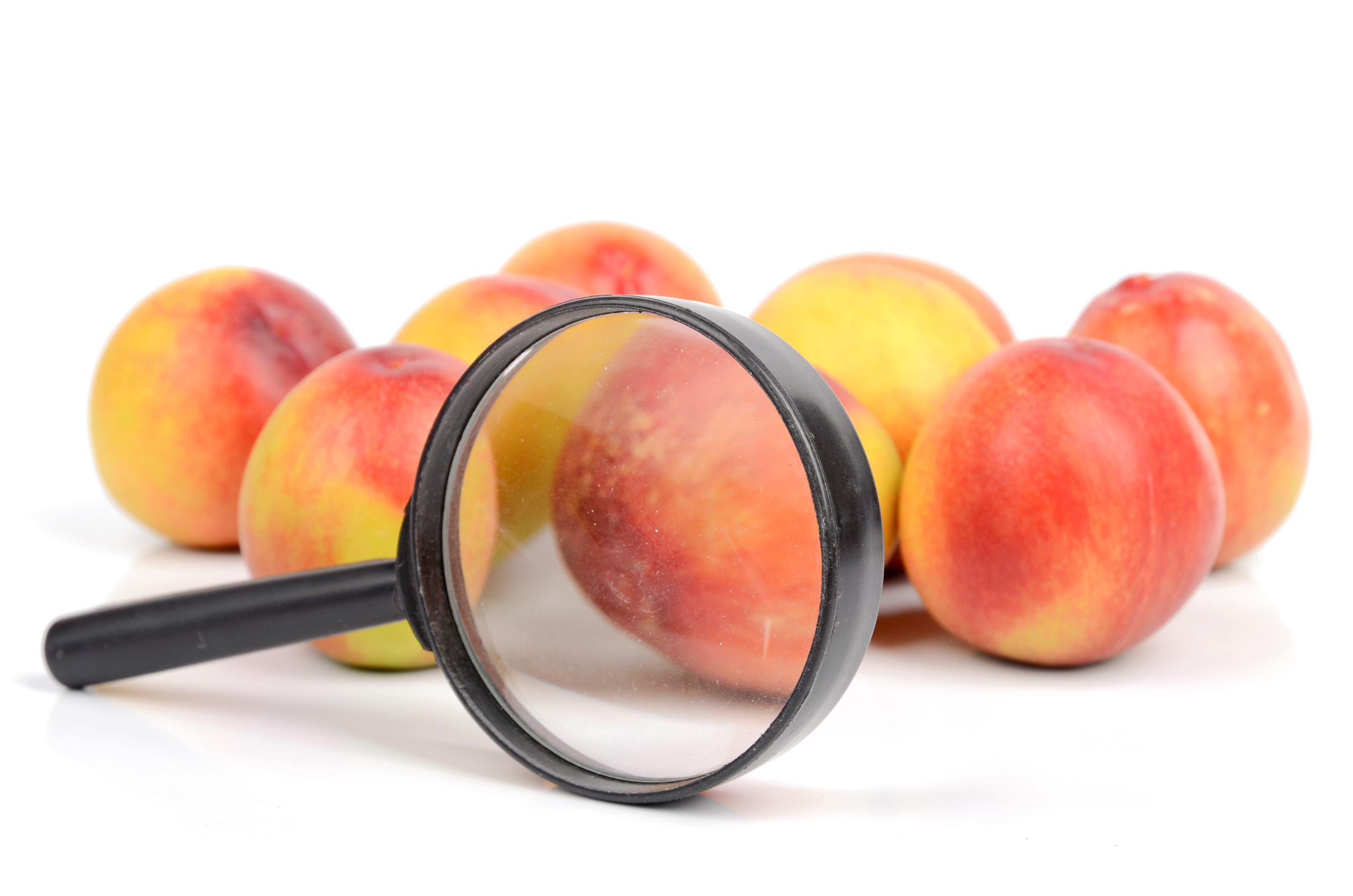