A team of scientists from Nanyang Techno-logical University, Singapore (NTU Singapore) has developed a plant-based emulsifier that is not only rich in protein and antioxidants, but has the necessary properties to replace eggs or dairy in food staples such as mayonnaise, salad dressings, and whipped cream.

Emulsifiers are crucial for food production, as they help stabilise a combination of two liquids that do not mix easily, such as oil and water. For example, egg yolk is often used as the emulsifying agent in mayonnaise to ensure that the oil and water it contains does not separate.

The NTU-made emulsifier also helps cut down on food waste, as it is made by fermenting brewers’ spent grain, a by-product of the beermaking industry. It is estimated that globally, around 39 million tons of such spent grains are thrown into landfills yearly, where it would decompose and add to greenhouse gas emissions.

The study, which presents an innovation that could help cut down on waste, reflects NTU’s commitment to mitigate our impact on the environment, which is one of four humanity’s grand challenges that the University seeks to address through its NTU 2025 strategic plan.

To produce the emulsifier, brewers’ spent grain is fermented, before undergoing further processes to extract the proteins, which, once dried, are immediately viable for producing foods such as mayonnaise.

Professor William Chen, Director of NTU’s Food Science and Technology (FST) programme, who led the project, said: “Our plant-based emulsifier is yet another triumph for NTU, as we look to find successful ways to find new uses for products that would otherwise be left to waste. Each year, approximately 39 million tons of brewers’ spent grain is generated globally by the brewing industry and is sent to landfills. Upcycling this as a potential human food source is an opportunity for enhancing processing efficiency in the food supply chain, as well as potentially promoting a healthier plant-based protein alternative to enrich diets.”

The results of the study were published in the peer-reviewed academic journal Food Chemistry: X in December [1].

Using nature as a solution

Currently, brewers’ spent grain is not widely used in food processing, largely due to the difficulty in extracting proteins from it, say the NTU researchers. As the proteins are ‘trapped’ within its complex structure, current commercial processes, such as using chemicals or high temperature to release them are costly and complicated.

Although there have been other uses for brewers’ spent grain, such as cattle feed and solid fuel, the NTU-made emulsifier focusses on its human nutritional aspect, as well as using natural solutions to add value to it.

The NTU team discovered that a cheaper and simpler alternative to unlock the protein potential of brewers’ spent grain was to use a fungus, Rhizopus oligosporus, which is easily obtainable and used in the production of tempeh, a fermented soybean food product common in Southeast Asia.

As the mixture ferments, the fungus secretes enzymes that break down the complex molecular structure of the spent grain, making it a simple and cost-effective way of extracting the proteins and antioxidants within.

Prof Chen added: “Our emulsifier is as an impactful solution to not only cut down on waste but potentially improve human diets by introducing plant-based protein that is widely accessible. Furthermore, our emulsifier allows us to upcycle a would-be waste product. The environmental benefits of upcycling are immense, aside from minimising the volume of discarded materials and waste being sent to landfill each year, it also reduces the need for production using new or raw materials which means a reduction in air pollution,
water pollution, greenhouse gas emissions and often a conservation of global resources.”

The NTU team will be working on optimising their protein extraction methods to improve its yield and quality. The researchers added that they will be testing the emulsifier in different food products, such as ice cream and soy bean milk, before exploring scaling up their emulsifier through partnerships with the food and beverage partners. 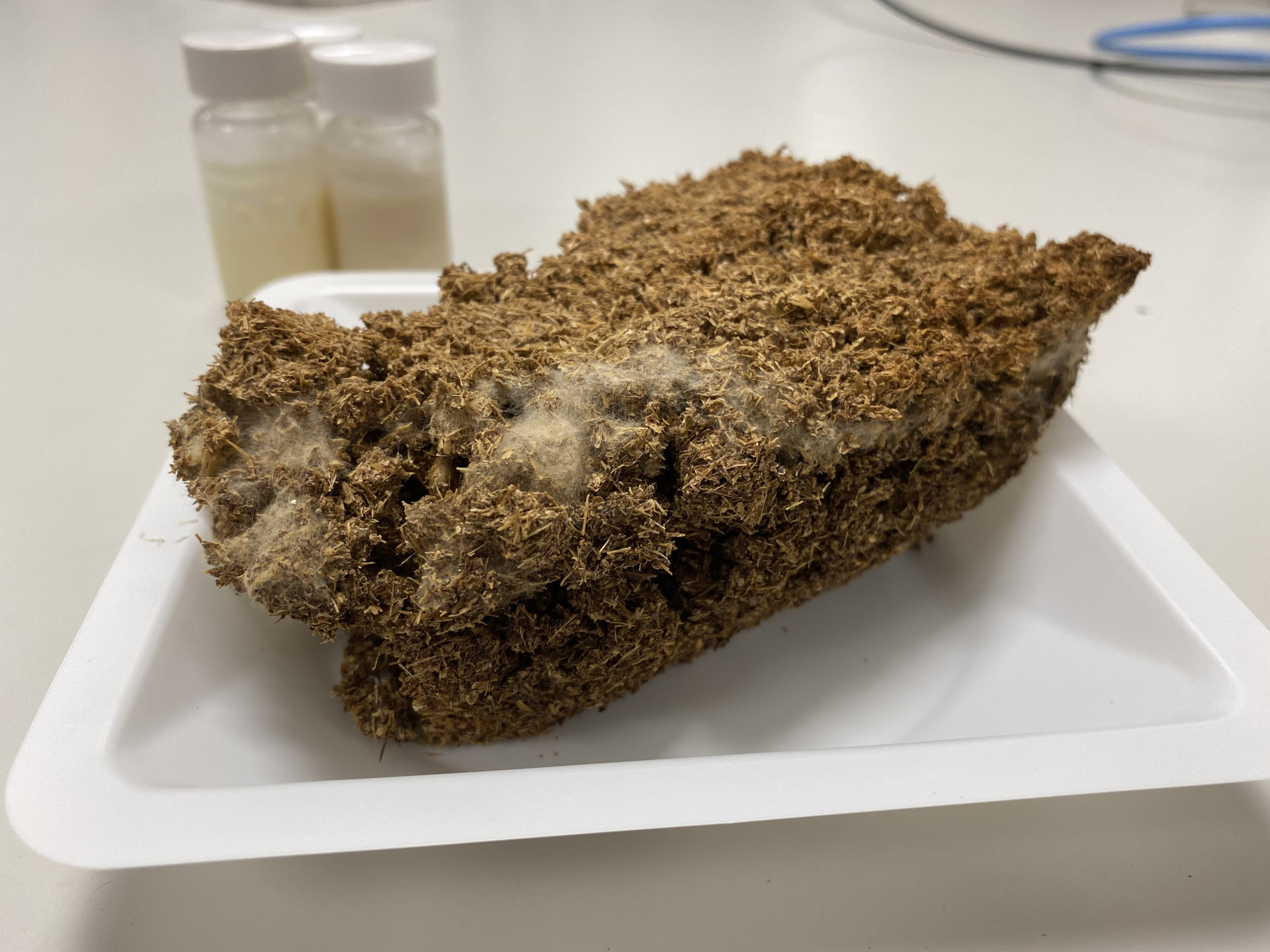 A cross-section view of brewers’ spent grain, a by-product of the beer-making industry, being broken down by a fungus, Rhizopus oligosporus, to unlock its rich protein potential.